An Humorous Story with a Superb Message

Billy Graham is now 96 years-old with Parkinson's disease. In January , 2000 leaders in Charlotte , North Carolina , invited their favorite son, Billy Graham, to a luncheon in his honor.Billy initially hesitated to accept the invitation because he struggles with Parkinson's disease. But the Charlotte leaders said, 'We don't expect a major address. Just come and let us honor you.' So he agreed.After wonderful things were said about him, Dr. Graham stepped to the rostrum, looked at the crowd, and said, "I'm reminded today of Albert Einstein, the great physicist who this month has been honoured by Timemagazine as the Man of the Century.
Einstein was once traveling from Princeton on a train when the conductor came down the aisle, punching the tickets of every passenger. When he came to Einstein, Einstein reached in his vest pocket. He couldn't find his ticket, so he reached in his trouser pockets.It wasn't there. He looked in his briefcase but couldn't find it. Then he looked in the seat beside him. He still couldn't find it. "The conductor said, 'Dr. Einstein, I know who you are. We all know who you are. I'm sure you bought a ticket. Don't worry about it.'"Einstein nodded appreciatively. The conductor continued down the aisle punching tickets. As he was ready to move to the next car, he turned around and saw the great physicist down on his hands and knees looking under his seat for his ticket."The conductor rushed back and said, 'Dr. Einstein, Dr. Einstein, don't worry, I know who you are; no problem. You don't need a ticket. I'm sure you bought one.'Einstein looked at him and said, "Young man, I too, know who I am. What I don't know is where I'm going.”Having said that Billy Graham continued, "See the suit I'm wearing?It's a  brand new suit. My children, and my grandchildren are telling me I've gotten a little slovenly in my old age. I used to be a bit more fastidious. So I went out and bought a new suit for this luncheon and one more occasion. You know what that occasion is? This is the suit in which I'll be buried. But when you hear I'm dead, I don't want you to immediately remember the suit I'm wearing. I want you to remember this:I not only know who I am. I also know where I'm going." May your troubles be less, your blessings more, and may nothing but happiness, come through your door. Life without God is like an unsharpened pencil - it has no point."Amen and peace, my friends. And may each of us live our lives so that when our ticket is punched we don't have to worry about where we are going.Even at his age and with Parkinson's Disease, he could still deliver apowerful sermon!
Posted by Marc at 11:11 AM No comments:

The Evolution of the Telephone Network!

After having dug to a depth of 10 feet last year, British scientists found traces of copper wire dating back 200 years.

They came to the conclusion that their ancestors already had a telephone network more than 150 years ago.

Not to be outdone by the Brits, in the weeks that followed an American archaeologist dug to a depth of 20 feet.

A story was subsequently published in the New York Times: "American archaeologists, finding traces of copper wire 250 years old, have concluded that their ancestors already had an advanced high-tech communications network - 50 years earlier than the British."

One week later, the Dublin Times reported:  "After digging as deep as 30 feet in his backyard in Nenagh, County Cork, Seamus O'Reilly,  a self-taught archaeologist, reported that he found absolutely nothing.  O'Reilly has concluded that 250 years ago, Ireland had already gone wireless."

Makes you bloody proud to be Irish.....

And now you know!

Today is a good day for a Good Day. Remember happiness doesn't reside in the things we have around us, it lies within us!
Posted by Marc at 8:20 AM No comments:

Many people will walk in and out of your life, but only true friends will leave footprints in your heart!" - Eleanor Roosevelt
Posted by Marc at 8:40 PM No comments: 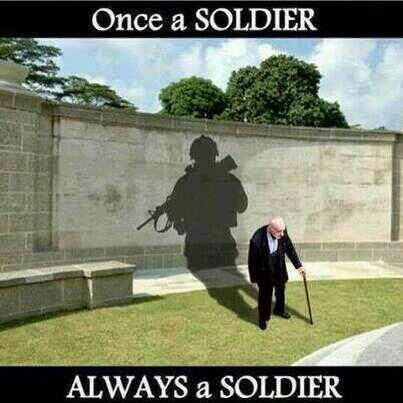 Thank's to all who have served, are serving and will serve!

Leadership Thought for the Day

Leadership Thought for the Day

We succeed only as we identify in life, or in war, or in everything else a single overriding objective, and make all other considerations bend to that one objective.  - Dwight David Eisenhower 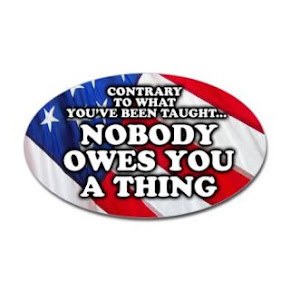